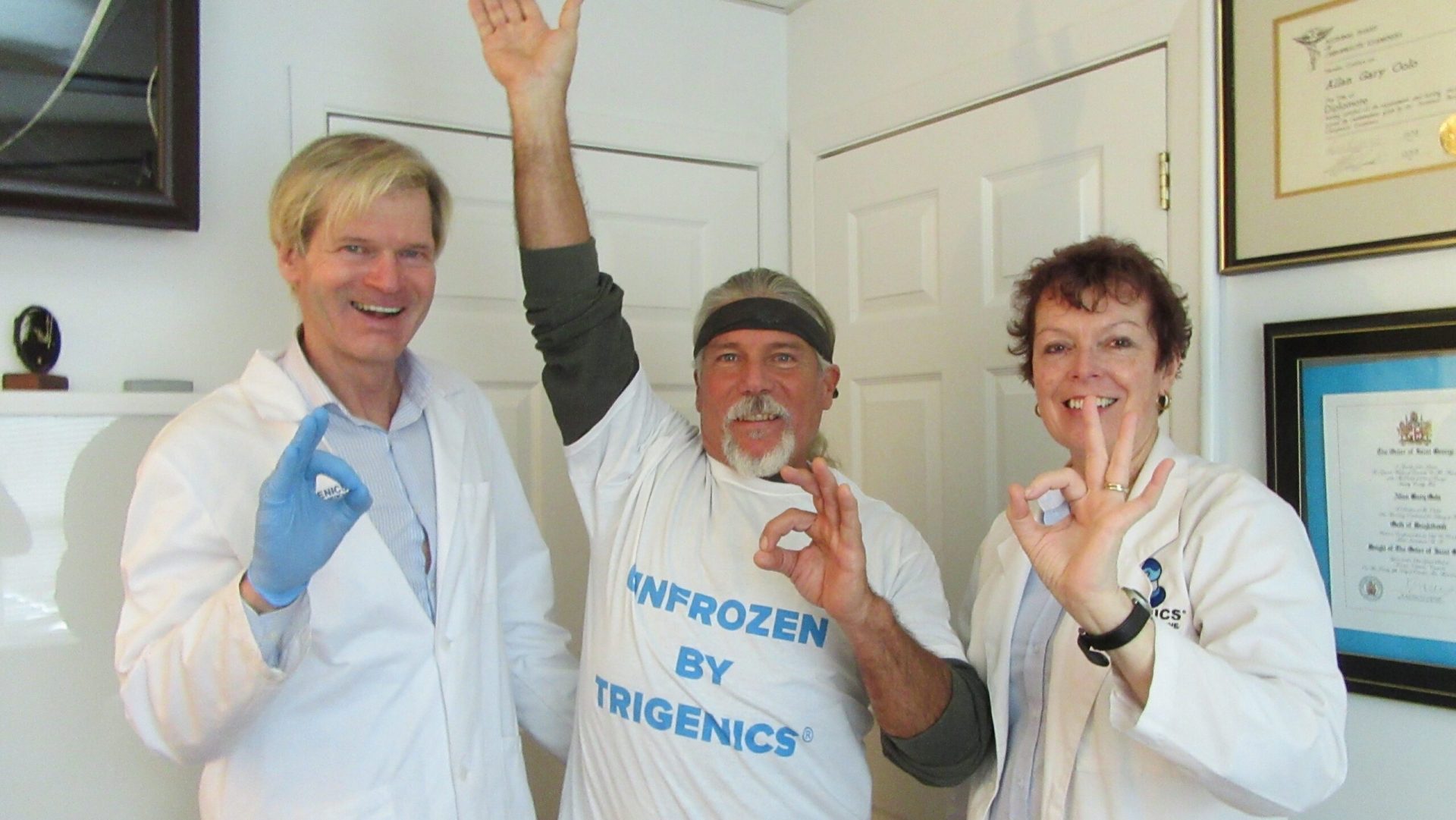 The World Frozen Shoulder Clinics are proud to announce that the MCD Procedure to fix frozen shoulder is now available for the territory of Australisia, in Hamilton, New Zealand! This is big news as previously, patients in New Zealand, Australia, and neighbouring countries had to fly to Tallinn, Estonia or Toronto, Canada for treatment.

Chris Hurley of Wanaka, New Zealand, is an avid skiier. He developed frozen shoulder after falling and injuring his arm trying to catch himself. Shortly after, he aggravated the same shoulder while skiing. In the weeks after he noticed that it wasn’t getting any better. He went to see a physiotherapist and did exercises on his own to try and work through it. “It didn’t seem to be improving. If anything the pain is getting worse.” His x-rays showed a few rotator cuff tears. He went to a doctor who confirmed this and diagnosed him with adhesive capsulitis. The doctor suggested cortisone and then hydrodilatation. Chris knew the risks and complications associated with those treatments and declined. During his research he came across the World Frozen Shoulder Clinics and was relieved he could get the unique, non-invasive frozen shoulder treatment known as the MCD Procedure done in Hamilton, New Zealand!

Developed by Dr. Allan Gary Oolo-Austin (Dr. O), the MCD (Manual Capsular Dissection) Procedure  is a well-researched, unprecedentedly successful, non-surgical operation for rapidly effective frozen shoulder treatment and cure. See what Vince Bond, of Canberra Australia, had to say about his experience getting the MCD Procedure!

The sole licensed MCD Procedure practitioner for New Zealand and Australia is Osteropathic Physiotherapist Linley Leuthard. Since 2010, Linley has spent extensive time studying adhesive capsulitis frozen shoulder and shoulder impingement in Australia, Europe, and Canada. She is an international instructor in Dr. Oolo-Austin’s neuro-muscular assessment and treatment system as well as Kinesio Taping® and Natural Facial Enhancement®. She has been in private practice for over 30 years and has been teaching for over 20 years.

The MCD Procedure to fix adhesive capsulitis frozen shoulder is the fastest, most effective treatment. Don’t wait! You don’t have to suffer anymore. Get your frozen shoulder fixed and get your life back now!

During the FREE phone consultation you will get answers to questions, learn more about treatment options and recovery times, and can start the patient qualification process to determine if you would be a good candidate for our frozen shoulder treatment in Hamilton, New Zealand!

Get a FREE phone consultation!

OAT Practitioner: If someone said to you, Chris, if someone said to you, “Would you have the OAT or would you recommend it?
Patient: Yeah, I would!
OAT Practitioner: What would you say to them, someone considering the same thing?
Patient: Well the OAT Procedure I had yesterday was absolutely fantastic. The movement I have got now 24 hours later is incredible. I don’t think I’d ever get to this position so quickly and I’d highly recommend anybody who’s got a frozen shoulder to come along and have the OAT Procedure. It’ll change their lives.

It started off just by an innocuous accident. I fell off a retaining bank and as I fell off my bank I thrust out my left arm trying to save myself and I was instantly in pain and it turned um… Well I instantly in pain. The pain lasted for about five minutes. It was absolutely one of the worst pains I’ve ever felt. I’m probably thinking if I was a woman it would be bloody like childbirth! …And during that time I had a couple of falls–one of which is quite… Well the way I landed it aggravated my shoulder. Andfrom that point on I think I was a bit more cautious as to where I went. The pain… yeah I was actually in a situation where like every so often you just catch yourself. You know you just let the door shut and go like, “Ugh! That’s so sore!” I went and saw the physio again and said to her that it doesn’t seem to be improving. If anything the pain’s getting worse. Her suggestion was either do a cortisone shot or hydrodilatation. And so at that stage I said I’m definitely not keen on cortisone. I’ve heard it’s not always effective and can cause a lot of problems. I wasn’t too sure about hydrodilatation. So after I saw her, I obviously researched to find out about that procedure and I wasn’t keen on it either. And so it was at that stage I was looking around and I came across Trigenics. However I still went for my MRI and it was at that point I said I’m not going to do that. Once I researched Trigenics I knew that it was the answer. I was assuming I was going to be off to Toronto. Lucky for me… you’re a trained practitioner and I’m here in Hamilton, New Zealand which is fantastic!

International patients coming to Canada for medical treatment are granted a specific medical procedure travel exemption. This means there is no 14-day quarantine when you arrive in Canada. Canadian Border Guards are informed of your arrival at the border so there is no need for any extra paperwork or stress. And you get the same federal travel exemption on the way back by your home country’s border security. So you won’t have to quarantine either when you return to your home country. Instead of the quarantine requirement, you will need a negative covid test upon arrival into the country and departure to your home country.