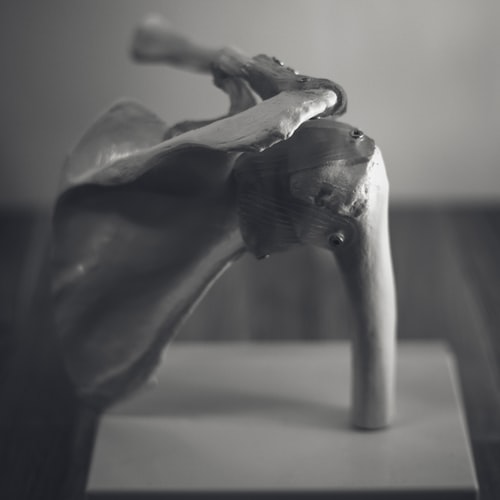 The medical condition known as adhesive capsulitis, usually called frozen shoulder, stands out from other shoulder issues because of the lack of consensus on the best course of treatment.

Formerly referred to in the medical community as “frozen shoulder contracture syndrome,” this stubborn condition causes progressively worsening shoulder pain and stiffness that can last for months, and very often, even years.

The search for relief from the persistent, stiff and painful shoulder symptoms of adhesive capsulitis leads patients to seek out a wide variety of treatments, ranging from physical therapy to shoulder surgery and more.

In order to help frozen shoulder sufferers find the best course of frozen shoulder treatment, this article will unpack some of the research surrounding shoulder manipulation under anaesthesia (MUA), a controversial technique with mixed results when it comes to treating frozen shoulders. 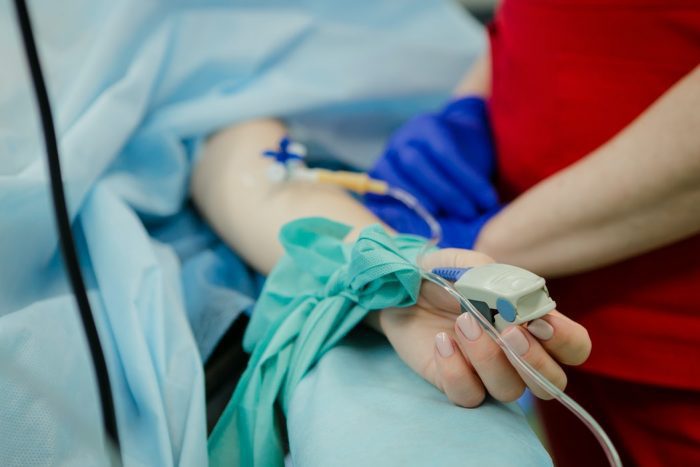 Manipulation under anaesthesia (MUA) is a medical procedure, usually performed in a hospital setting, where a doctor puts the patient’s frozen shoulder joint through forceful movements and manipulations that would be too painful to endure while awake.

Once the patient is fully anesthetized, doctors can move the affected arm in such a way that it breaks through the passive range of motion (ROM) limitations caused by the buildup of scar tissue in the shoulder joint. The goal of MUA is to stretch, tear or break the scar tissue enough to liberate the frozen shoulder and allow the patient to make a full recovery.

In general, MUA for adhesive capsulitis is only recommended once other, more conservative courses of therapy fail to resolve an idiopathic frozen shoulder. Also, MUA practitioners recommend using this approach near the end of the frozen stage of frozen shoulder syndrome, when shoulder joint ROM is at its worst.

Along with the risk that MUA will not fully restore shoulder function, the physical risks of this procedure are somewhat alarming, and can include:

MUA is not recommended for elderly populations, people with frail bone structure or signs of osteoporosis, as they face an excessive risk of upper arm fractures. Also, this procedure is not suitable for insulin-dependent diabetics or anyone with signs of postirradiation fibrosis.

How MUA Affects the Shoulder Joint 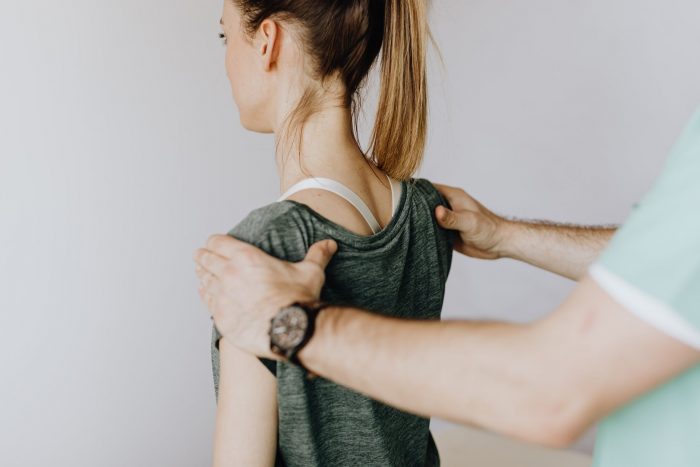 Although there is some minor variation in the reported techniques of MUA practitioners, they all take the same general approach. Following pre-manipulation shoulder joint ROM measurements, the patient is placed in a supine position, with the head resting on a stabilizing ring, under short general anesthesia.

Manipulation under anesthetic, otherwise known as MUA, is performed with general anesthesia and the patient is in a state of flaccid paralysis, which means that there are no holding elements in play to stabilize the structural components in the shoulder.

The lack of holding elements creates great risk of damage to the healthy tissues.

During MUA, the patient’s shoulder is forcefully manipulated into all end ranges until the scar tissue rips or tears off the bone. This sequence of shoulder manipulation is repeated until the tight shoulder joint capsule reaches a full range of motion. In most cases, there is a typical tearing sound present, or reports of a characteristic feeling of tissue breakdown in the shoulder.

Because there is no protective muscle activity or tonicity, the doctor has no idea how far to go, and the shoulder joint is often dangerously put into extreme ranges of movement.

This means there is a risk of dislocation, capsular tearing, fracture, tendon tears, nerve damage, broken blood vessels or soft tissue trauma. This is why MUA is found to have an alarming chance of causing shoulder injury and damage, and why it is generally now frowned upon and not used in many hospitals.

Even if it is helpful in some cases, the recovery period is still an agonizing 6 to 9 months or more. Once again, in the case of MUA, the muscular component has also not been dealt with which in turn impedes recovery.

Getting to the root of the problem

To get to the root of the problem, we must understand and treat both the capsular component and muscular component.

With prolonged immobility, stress, injury or trauma, the body begins to change the way a joint functions. When the shoulder joint is not functioning correctly, the surrounding muscles begin to compensate, which leads to muscle imbalances that can further reduce mobility and increase pain.

Your brain’s protective mechanism is designed to prevent overuse of these muscles, by limiting its functionality, all in an effort to prevent injury. This is what we call the muscular component.

This comprehensive review of clinical studies on MUA found that while most patients reported improvements in shoulder ROM and reduced shoulder pain, control groups were absent from most studies.

As such, it is impossible to determine how MUA compares to other approaches, such as arthroscopic capsular release, intensive physical therapy, or a home exercise program. Also, because most of the symptoms of adhesive capsulitis gradually improve during its third and final stage (the “thawing” stage), positive patient outcomes could simply be the result of the passage of time, rather than from the benefits of MUA.

Although the overall complication rate is relatively low (less than 1%) the potential complications can be quite severe, and MUA patients require re-intervention at a high rate (~14%, or nearly one in seven). Taken together, these statistics paint a picture of a shoulder manipulation technique that produces some positive results but remains problematic from a risk/reward perspective. 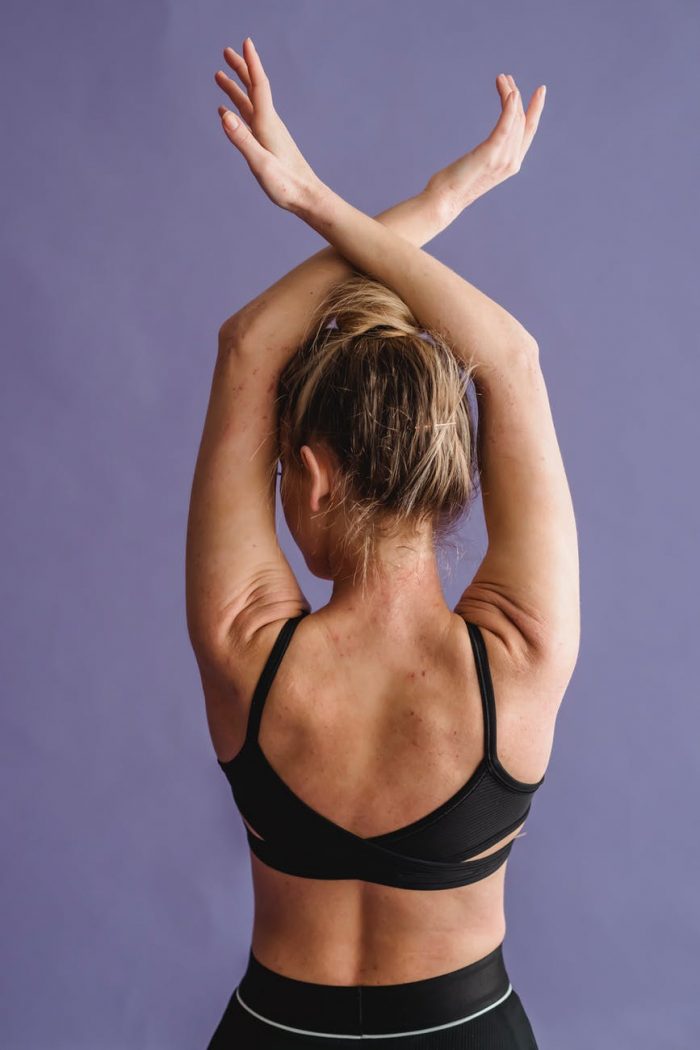 If you have symptoms of adhesive capsulitis, or you have received a frozen shoulder diagnosis, it is always better to seek treatment sooner rather than later. The unfortunate reality is that many within the medical community don’t fully understand adhesive capsulitis, so speak with a frozen shoulder specialist before moving forward with any particular course of treatment, but especially shoulder manipulation under anesthesia.