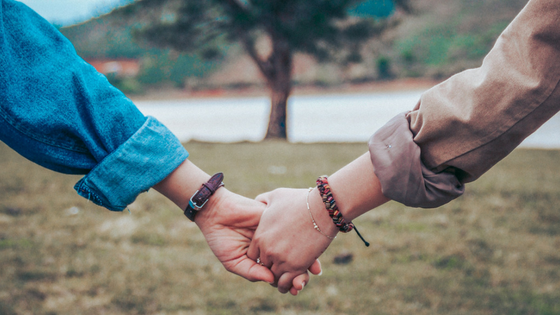 Despite the fact that up to 5% of the population suffers from frozen shoulder and despite growing awareness of the condition, there are still many health practitioners and laymen who don’t know a lot about frozen shoulder.

Spouses, loved ones, friends, family members, and co-workers, who are unaware of how painful and debilitating it can be, are often unsympathetic to frozen shoulder sufferers. They think that they’re faking or exaggerating the pain. They think, “Come on! It can’t be that bad. I injured my shoulder before and the pain went away after a few weeks of taking it easy.”

But the fact is that, unless you yourself have suffered from frozen shoulder, you really don’t know how terrible it is. You haven’t experienced the lack of sleep. You haven’t accidentally moved your arm in a completely innocuous direction only to suffer a sudden severe zinger of pain—a pain where it feels like a kitchen knife has been jammed into your shoulder.

Imagine not being able to do simple things like wash your hair or put on a shirt normally. Imagine not being able to lift up a grandchild or do your daily activities and hobbies. The pain and immobility would be bearable if it lasted for a few days or even a few weeks. But frozen shoulder can last months to years without procedures like Dr. Oolo-Austin’s MCD Non Surgical Operation.

How can I provide frozen shoulder support to a spouse, family member, friend, or co-worker? 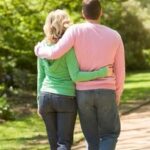 • Believe them. They are not exaggerating their pain. Hear them out and try to sympathize. Do not try and downplay what they’re feeling with your own anecdotes of your own shoulder pain—unless you’ve had a diagnosed adhesive capsulitis frozen shoulder.
• Make accommodations at work where possible. Understand that they will most likely be unable to lift heavy objects or use their arm normally.
• Be patient with them as they are probably exhausted from lack of sleep.

The frustrations detailed above have been echoed by countless autobiographical frozen shoulder stories and our own patients’ stories. Husbands and wives suffer alongside frozen shoulder sufferers. It’s incredibly difficult watching a loved one suffer for months or years with seemingly no end in sight.

Vince DeCrescenzio had frozen shoulder for seven years! He and his wife had been told “No, we can’t help you” so many times by their doctors and health practitioners. But they never lost hope!

Dr. Austin Oolo (Dr. O): Yeah, the rest of the way. Yeah. What do you think? You wanna give him a hug?
Patient’s Spouse: Why are you not crying? Haha
Vince: …So we were told, you know, “You’re never going to move your arm again. You’re just going to have to learn to live with it.” So because of that I didn’t do physiotherapy and my arm sat in a sling for over a year.
Dr. O: You didn’t keep moving it? Well, that was a bad mistake.
Vince: Yeah. They told me not to.
Spouse: They said that he would never regain movement because the nerve root rupture. Because on the x-rays there was fluid around the spine. So it was the assumption that then nerves were completely severed. That happened in December ’09 and September 2010 was when we went…
Dr. O: Which nerve root were we talking about?
Vince: 5 and 6, C5 and C6.
Dr. O: 2009, right?
Vince: So maybe a little less than a year after my initial injury, the movement started coming back slowly.
Dr. O: Which side?
Vince: The left side, the left shoulder. So the movement started to slowly come back.
Dr. O: After a year?
Vince: After a year. I went to the doctors and they went, “Well, maybe it’s not what we initially thought. So then they put me in physical therapy. It helped a little bit. So where I kind of got kind of where I’m at now. But now it’s kind of stopped because it was frozen for so long. It just sat there for so long. So I just searched for answers for so long.
Dr. O: So this has been frozen for seven years.
Vince: Yeah, seven years.
Dr. O: There you go!
Vince: Oh, I haven’t done that in so long!
Dr. O: Hey! Unfrozen by Trigenics. There we are!
Spouse: It’s pretty crazy. I mean, I think… Being told “No” so many times. Just being told “No” or “There’s nothing” or “We can’t help you.” It sucks that it took seven years, but… We always said there was always hope, though.
Vince: Yeah, we never lost hope.
Vince: I’m almost speechless right now because I don’t know what to think. It’s just I don’t think this would ever be possible. I thought I’d never be able to move my arm up like this… or my shoulder to my head. I’d never be able to do that. And the fact that–at least it got to 90 degrees. That’s pretty good. But now I can bring it up over my head. It still needs some help but… In one one day, I’m already like this! It’s crazy!
Dr. O: Congratulations!
Vince: Thanks so much!
Spouse: Hey, use the arm.
Vince: I got it! There it is. Haha! Yeah, I haven’t… I hadn’t been able to do that!
Dr. O: Hey, both arms!
Vince: Yeah, I can use both arms!